Dogecoin continues with its impressive performance by charting another ATH and surpassing XRP in terms of market capitalization. 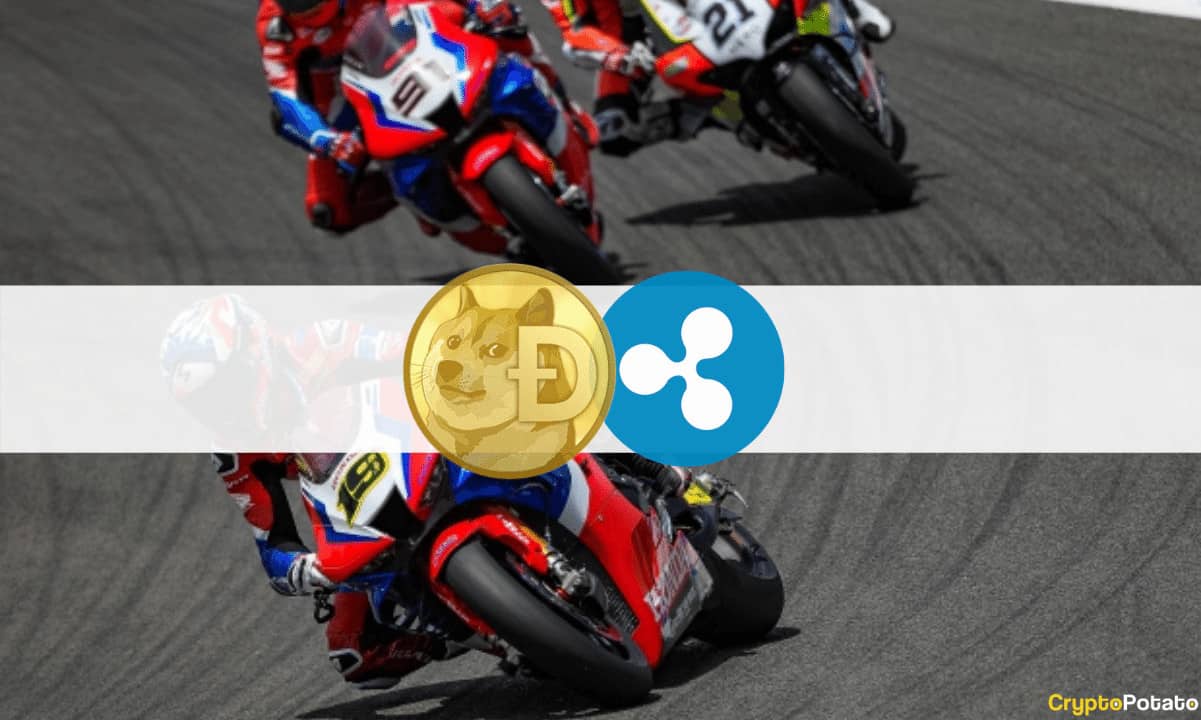 The global adoption for the popular meme coin Dogecoin continues with the listing on the Winklevoss-run exchange – Gemini. At the same time, the token skyrocketed to yet another all-time high above $0.6 and it became the fourth-largest crypto, surpassing Ripple (XRP). CryptoPotato reported earlier today Dogecoin’s spectacular performance in this year, charting YTD gains of nearly 10,000%. However, that was hours ago, which in the cryptocurrency and Dogecoin, in particular, world, feels more like decades. At that point, DOGE’s latest record was just shy of $0.50. Not only the Shiba Inu-inspired token broke above that level in the following hours, but it kept going upwards to its latest all-time high of over $0.6. Despite retracing since then, Dogecoin still trades above $0.50 and its market capitalization is close to $70 billion. DOGEUSD. Source: TradingView As a result, the meme coin became the fourth-largest cryptocurrency by that metric. This meant that it surpassed Ripple (XRP), whose market cap is just over $60 billion. According to data from AssetDash, Dogecoin also entered the top 200 global assets. After overcoming giants like BMW and MetLife, the token, which started as a joke, is now also larger than the Intercontinental Exchange and Moody’s Corporation. The latest price surge came amid favorable news from the US-based cryptocurrency exchange – Gemini. The trading venue led by Tyler and Cameron Winklevoss announced that users can deposit DOGE tokens to the platform and trading should open soon. This became the second major listing in a day for DOGE, after the addition on eToro earlier today.

$2 Billion Liquidated in Hours as Bitcoin Price Tumbles to $53,500 and Market Cap...

Bitcoin Price Ready for Another Leg up According to On-Chain...

Microsoft and Intel Introduce a Shield Against Cryptojacking

Following a few days of upside trading, most of the crypto market has plummeted...

Following the growing adoption of digital assets in the country, Indonesia's officials...

The state of Louisana has praised Bitcoin for its success through the years, outlining...

Ethereum’s stellar performance over the past couple of weeks has enabled it to close...

Several reports suggest that the CEO of a Turkish exchange has run away with up...