Despite seeing a massive 52% price drop from the highs on February 1st, XRP is still up by more than 40% this month. Against BTC, XRP also remains above the range from January as it sits above 1000 SAT. 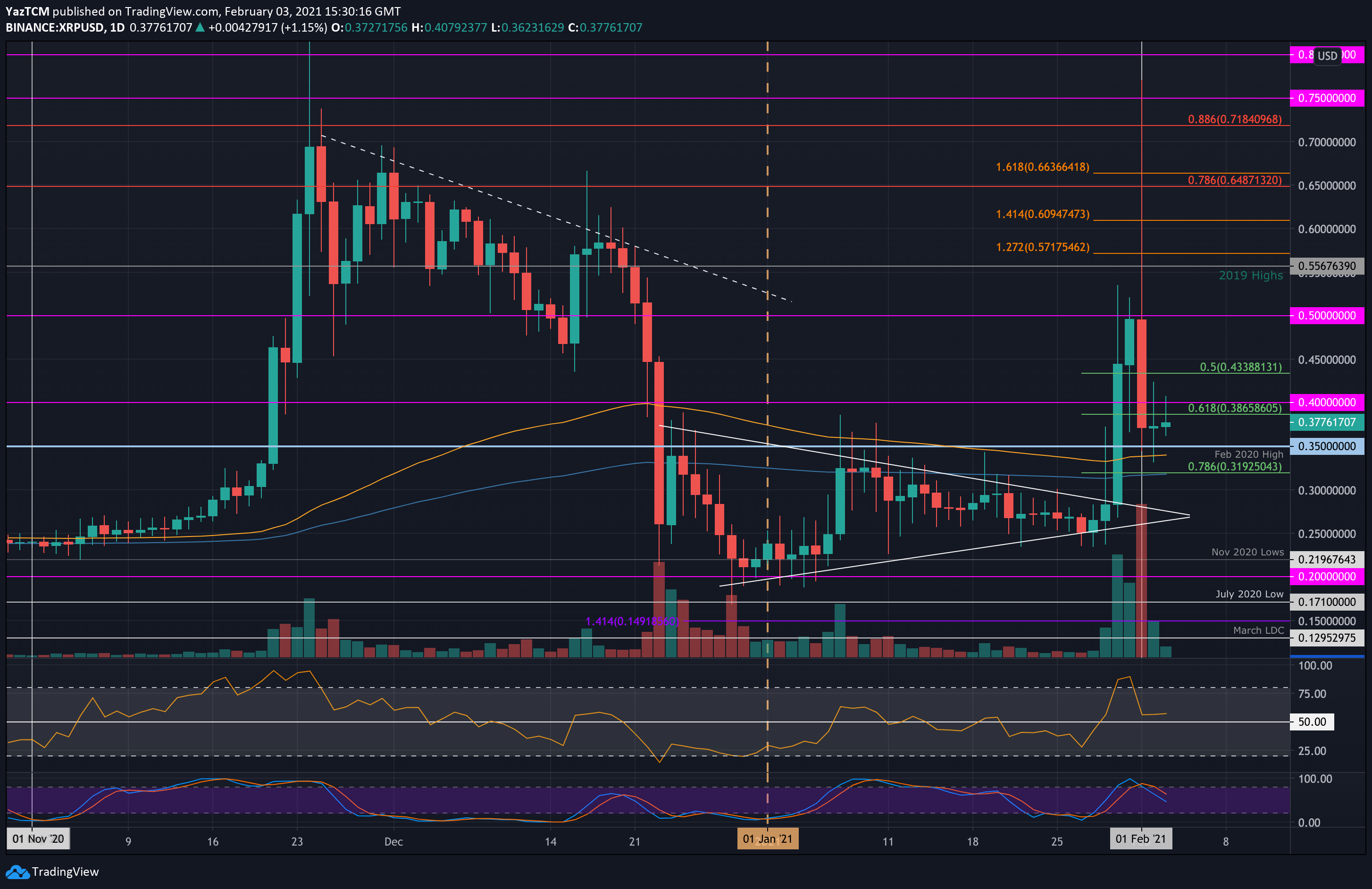 PayPal does not consider allocating portions of its cash into Bitcoin or any other...

U.S. crypto exchange corporation Coinbase has made a rather incredulous claim that...