People in Portugal will be able to pay for their electricity in Bitcoin thanks to a move by a small but innovative company. 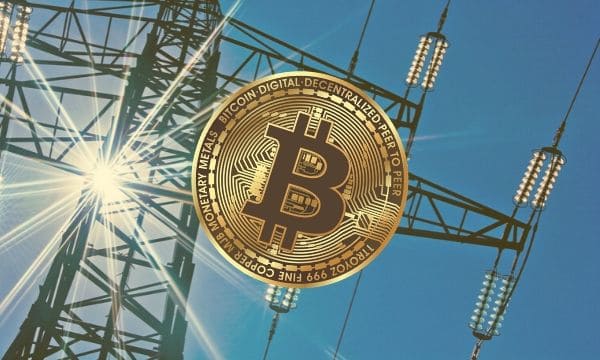 The rise of Bitcoin to new ATHs, regulatory clarity, and growing adoption by large companies and institutional clients are some of the factors leading BTC to make its way as a means of payment in the traditional world, and businesses in Portugal are starting to take notes. Luzboa, a Portugal-based electricity retailer, announced that it is initiating the necessary technological adaptation procedures to support Bitcoin payments as soon as possible. The company currently serves about 5 thousand domestic, corporate and institutional customers. Of these, at least 2 thousand pay for their electricity services according to the Spot market rate. Luzboa will soon accept bitcoin. Image: LuzboaIntroducing Bitcoin to 5.000 Customers in Portugal The portugal-based electricity company does not have in mind to hodl any tokens or make any investment in Bitcoin. According to Luzboa’s president Pedro Morais Leitão, the idea is to capture a niche of customers who are avid to actually use their cryptocurrencies and already trust them as a means of payment. “We know about the volatility of the currency, but we are prepared to assume some risk. There is a new generation interested in cryptocurrencies. We are willing to give them a chance to use new means of payment.” To avoid risks, Luzboa will immediately convert Bitcoin payments to Euros. Invoices will also be expressed in Euros, so customers fulfill an obligation properly expressed in fiat denomination for tax purposes. Luzboa is already working to create the platform that will allow payments to be made to a Luzboa wallet. They did not say whether they are working with a payment processor or not. A slow race to full crypto adoption Portugal is slow when compared to other countries in terms of Bitcoin adoption. Still, it seems the country does not want to lose the race now that bitcoin is taking off. According to Henrique Tomé, an analyst at Portuguese broker XTB, people in Portugal are progressively increasing their level of exposure to Bitcoin and other digital assets, and the country’s businesses are following this same trend: Portugal still has modest levels, but in recent months we have seen a significant growth in demand and transactions of crypto-activities, and we are starting to see investments by companies in this sector, domestically With an increasing number of companies accepting Bitcoin as a means of payment, the credibility in cryptocurrencies is growing. This, in turn, positively impacts the fundamentals behind the technology. Analysts are taking note. Recently, a group of experts at JP Morgan claimed that Bitcoin could approach $146,000 in the future. However, a subsequent report says it is unsustainable for BTC to keep trading on the $50,000 range since the rise has been driven mostly by speculators. However, actions such as Luzboa’s, or even Switzerland’s Canton of Zug accepting Bitcoin as payment for taxes, support Bitcoin far beyond pure trader expectation. It seems that, without noticing, a small electricity company in Portugal is helping to strengthen the Bitcoin price rally.

Ripple's Brad Garlinghouse and Christian Larsen have asked a federal judge to block...

Bitcoin's adoption could reach a significant milestone as Kenya's Central Bank has...

Lower fees and better user experiences for Polkadot developers as Parity plans to...

Bitcoin saw a 7.5% price increase today as the cryptocurrency raised by a total...

Francis Suarez wants to turn Miami into the next Sillicon Valley, and using Bitcoin...

WBD296 - Jack Mallers vs The World

This week Jack Mallers announced the launch of Strike Global, a Bitcoin neobank...