The Wall Street behemoth Morgan Stanley is reportedly looking to double-down its support for the crypto industry by acquiring a stake in Bithumb. 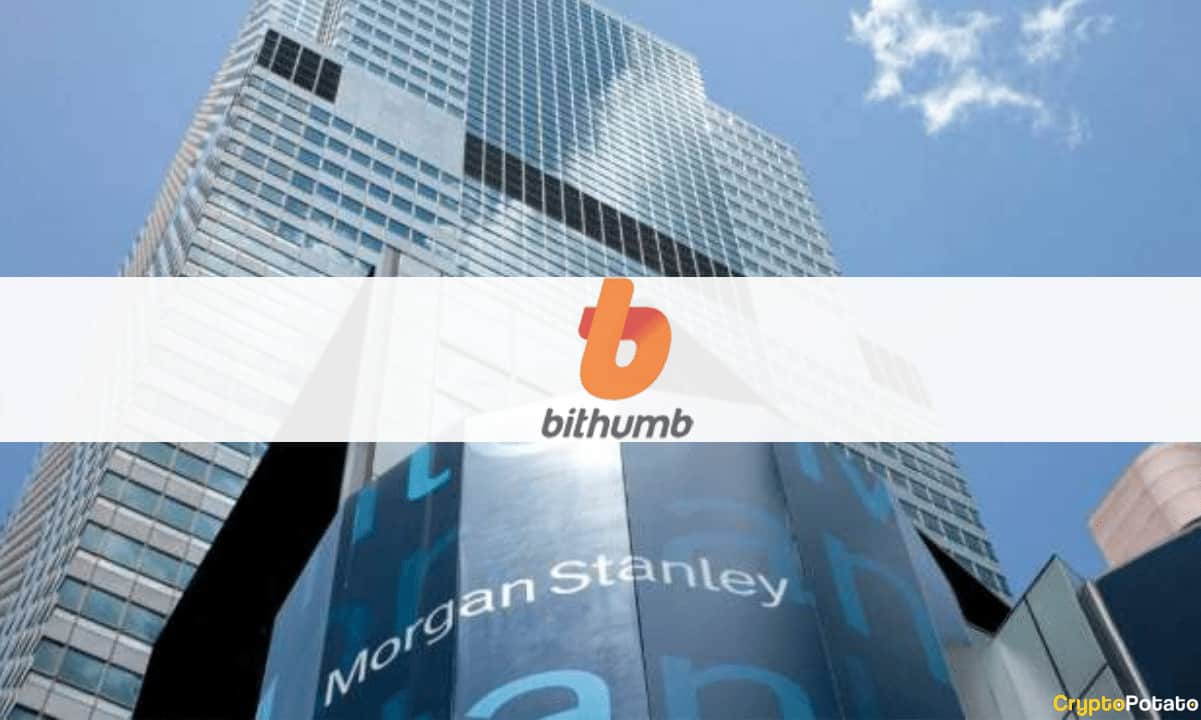 Just a few days after news broke that Morgan Stanley will enable its institutional clients to buy bitcoin, the giant investment bank has reportedly started negotiations to purchase a stake in the largest South Korean cryptocurrency exchange – Bithumb.  According to coverage from the Asian media website Naver News, Morgan Stanley is the latest prominent entity from the traditional financial space to consider a purchase in Bithumb.  The giant bank reportedly plans to acquire a major stake in the popular crypto exchange through Bident – an entity that owns 10.3% of Bithumb Korea (the company operating the trading venue).  By citing an anonymous person familiar with the matter, the report indicated that Morgan Stanley plans to invest about 300 to 500 billion won (between $250 million to $440 million).  Furthermore, the anonymous source said that the multinational bank will use the services of Bident because the latter has the right to “negotiate a preferred sale to acquire Bithumb Holdings.”  Rumors and speculations that the largest crypto exchanges based in South Korea is for sale have been circulating for a while. Previously, CryptoPotato reported that the gaming giant Nexon was looking into buying a stake as well. However, Naver News’ report claimed that the negotiations between Bithumb and Nexon had fallen apart.   This appears to be a big week for the connection between Morgan Stanley and the cryptocurrency industry. A few days earlier, an internal note sent by the bank to its investors revealed that the institution plans to enable its clients to purchase bitcoin through three funds starting from next month.

Bitcoin Price Primed For a Leg Up as Demand and On-Chain...

The demand for bitcoin only increases, while miners and long-term holders refute...

Edan Yago is a neuroscientist and entrepreneur who turned his career around to focus...