Microsoft Has No Plans to Buy Bitcoin at This Point, Company President Says

No new internal conversations within Microsoft about buying Bitcoin yet, despite Tesla's $1.5B purchase, said President Brad Smith. 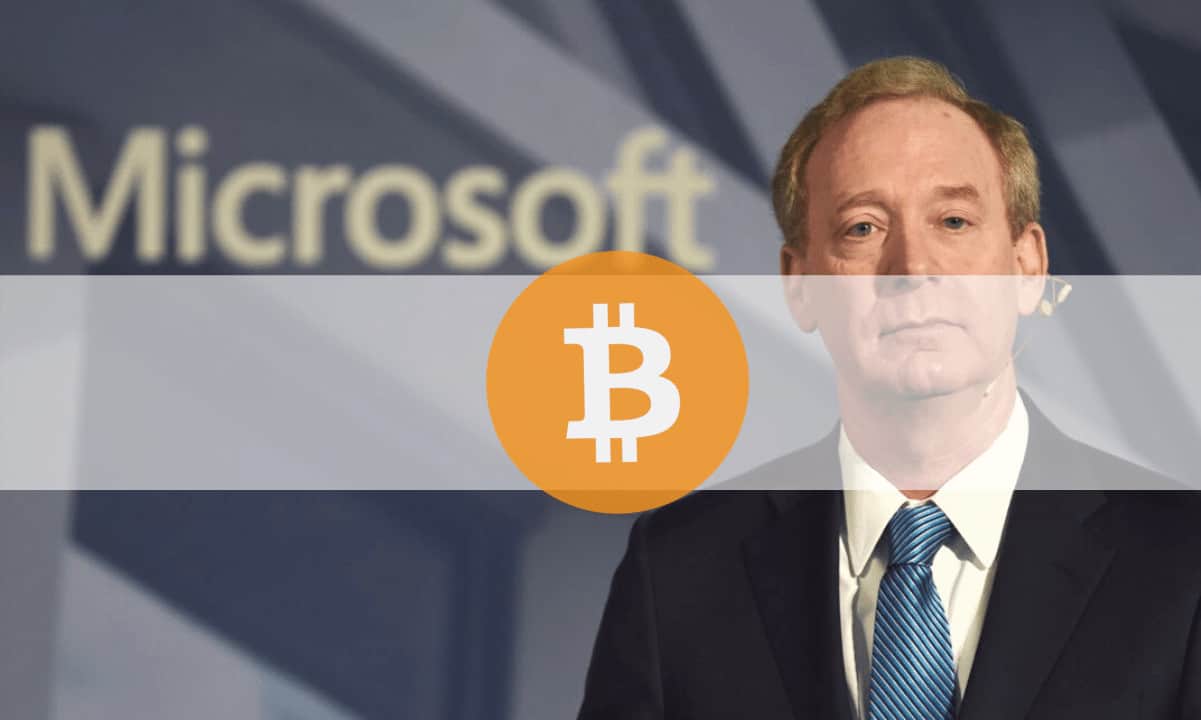 While many CFOs dabble with the idea of putting Bitcoin on their balance sheets following the Tesla purchase, Microsoft has no such plans. The giant’s President, Brad Smith, recently refuted any assumptions that the firm could join the growing trend anytime soon. No New Conversations About BTC In Microsoft All eyes are on bitcoin after the electric vehicle giant Tesla filed documents with the Securities and Exchange Commission showing it had allocated $1.5 billion in the primary cryptocurrency in January this year. Although this was not the first major firm entering the BTC space, it drew significant attention because of its status and perhaps its CEO – Elon Musk. Tesla’s buy pushed traditional media outlets to ask around other executives about their views and plans on the cryptocurrency. Keeping in mind that most used to be somewhat skeptical, to say the least, there have been quite a few changes lately. However, multinational technology behemoth Microsoft is not one of them. The firm’s President, Brad Smith, said on CNN that he hadn’t heard “any new conversation on Bitcoin” within Microsoft. Nevertheless, he promised that if the company changes its stance on turning some of its excess cash into BTC, he will make it publicly known. Brad Smith. Source: SeattleTimesMicrosoft and Bitcoin Story The tech giant already has a compelling and somewhat positive history with the first-ever cryptocurrency. Although it doesn’t plan to add it to its balance sheet, it actually enabled users to use it as a payment method for some of its products back in 2014. It was one of the first global companies to do so, which opened the door for others such as Overstock and Newegg. However, Microsoft wasn’t done with its BTC involvement yet. As CryptoPotato reported earlier, the company launched a beta version of its open-source, decentralized identifiers (DIDs) network on Bitcoin’s mainnet. Described as a technical component that “makes decentralized identity possible,” this initiative called ION works on a Layer-2 network solution on the BTC blockchain. There have been some adverse memories, though, as a former employee used accounts and passwords of others to steal about $10 million in BTC and employed various Bitcoin mixers to hide any possible traces. Nevertheless, he was ultimately caught and received a sentence of nine years in prison. Featured Image Courtesy of Microsoft

$250M Fund to Invest in Polkadot and Cardano Launched in...

Elon Musk has once again renewed interest in the meme-inspired cryptocurrency, Dogecoin,...

As we are hopefully seeing the light at the end of the tunnel from the pandemic...