Guggenheim’s Scott Minerd Predicts That BTC Could Drop to $15K

According to Scott Minerd, Bitcoin might retrace to $15,000 because of the uncertainty of the crypto market. 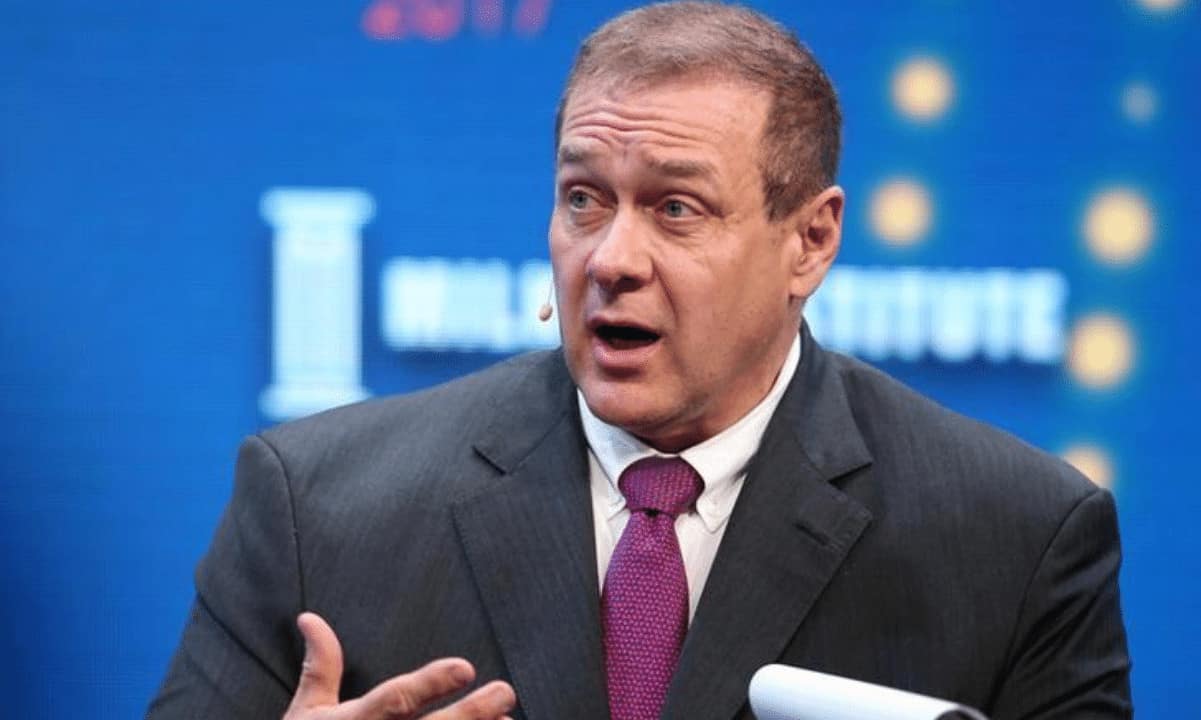 The global CIO of Guggenheim Partners – Scott Minerd – forecasted that BTC’s dollar value could plunge to $15,000. He added that he does not plan to invest in the crypto market “any time soon” as its current situation is quite uncertain. ‘We Are Going to End Up at $15,000’ In a recent interview for Bloomberg, Scott Minerd – the global chief investment officer at Guggenheim Partners – outlined a rather skeptical forecast for Bitcoin’s price. The top executive warned that the crypto market has been very volatile lately, and BTC’s yesterday drop to about $29,500 would not be the bottom of it: “The support level is really being tested hard. The breakdown of around $29,500 could be a false breakdown but I don’t think so. I think that there is more air to come out of this and ultimately something in the neighborhood of $15,000 is where we are going to end up.” Minerd believes there are plenty of new coins that already started to compete with the primary cryptocurrency. According to him, those factors would determine its “downside.” The top executive revealed he has no plans to invest in BTC “any time soon.” However, he did not reject the option completely as he would watch the price action closely and eventually change his stance. Scott Minerd. Source: CNBCScott Minerd And His Previous Predictions By the time when BTC’s price reached its ATH in April, Guggenheim Partners’ CIO envisioned a significantly higher future price tag of up to $600,000 for the primary cryptocurrency in the next few years. However, Minerd predicted that the asset would pass through a major correction before reaching the number. In May, though, he changed his stance on the cryptocurrency market completely and compared it to the “Tulipmania” in the 17th century: “Crypto has proven to be Tulipmania. As prices rise, tulip bulbs and cryptocurrencies multiply until supply swamps demand at previous market-clearing prices.” His comments met hard resistance by numerous prominent investors. For example, Robert Leshner – Founder of Compound Finance – pointed out that the statement was inaccurate and economically logical: “Scott is dead wrong, bordering on financial malpractice. The supply of cryptocurrencies and crypto-assets does not increase as a function of price. That’s like saying the supply of stocks increases, as demand does.”

YEFI to Be Listed on Bittrex Starting July 22

Bitcoin Whales Use a Lot Less BTC to Move Markets in 2021...

Concordium to Developers: Join Our Revolution

JPMorgan Exec: Demand for Bitcoin is High, Most Clients...

Bitcoin is up by a whopping 25% during the week as the primary cryptocurrency reached...

BTC is down by a minor 1.5% today as it struggles to maintain support area amid...

As a continuation to its nightmare’s week, Bitcoin dropped another 8% from today’s...

Community Gaming is onboarding gaming enthusiasts for the...

Community Gaming is onboarding gaming enthusiasts for the cryptonative future of...

Yesterday saw only 58 new bitcoin blocks mined instead of the baseline of 144. At...

Crypto staking platform StakeHound filed a lawsuit against Fireblocks at the Tel...

Coinbase to Launch a DApp Store After Getting Crypto Custody...

A few months after being listed on Nasdaq, Coinbase has received a license from...

The Switzerland-based bank - UBS Group AG - warned that the crypto regulations might...