Ethereum (ETH) Breaks Above $2,000 For The First Time In History

The second-largest cryptocurrency by market cap, Ethereum, has broken above another milestone by taking down the $2,000 price tag. 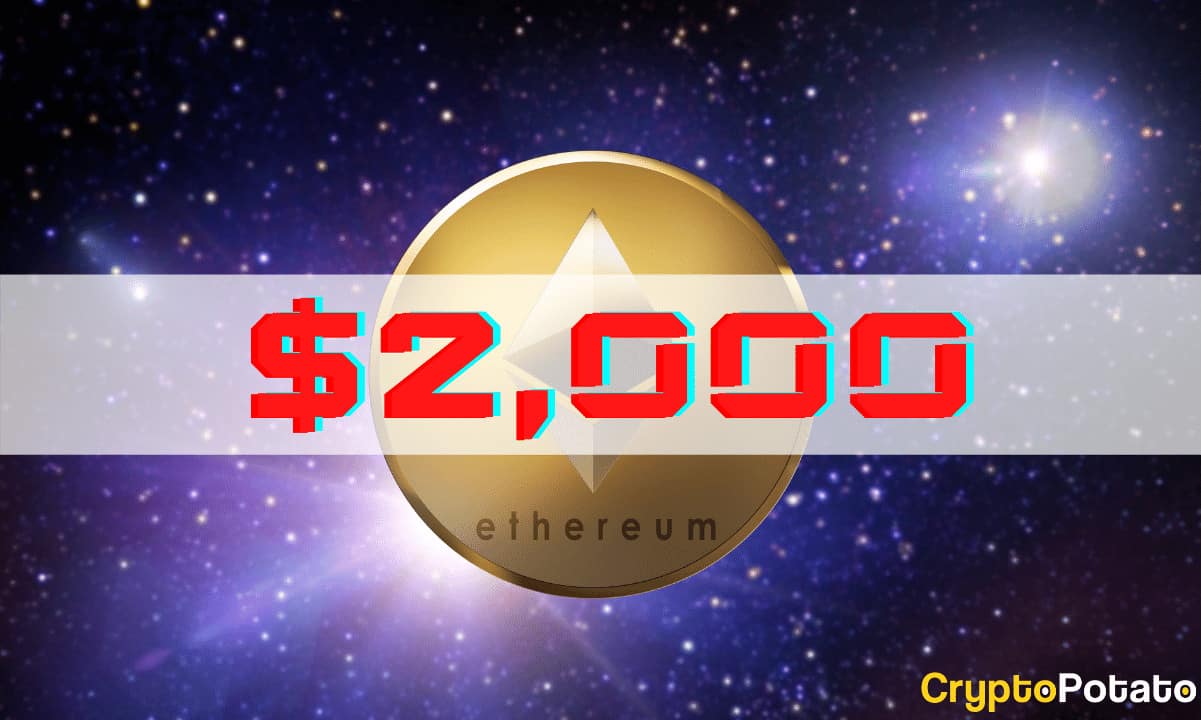 The bull run in the crypto market continues with full force as ETH has surged above $2,000 for the first time in its history. The asset is up by nearly 200% since the start of the year when it dabbled with the $700 price mark. Ethereum has been among the best performing crypto assets since the mid-March liquidity crisis in 2020, when it dripped below $100. The cryptocurrency has seen nothing but gains since then, which resulted in numerous broken records in the following eleven months. ETH entered the new year at about $720. It took less than a month to double its value and break its 2018 ATH record of $1,430.  While those gains seemed impressive on their own, ETH wasn’t done yet. The asset only enhanced its price performance and headed north in uncharted territory. Now, about a month after surpassing its previous record, ETH has successfully conquered another milestone – $2,000.  ETH/USD on BItstamp. Chart by TradingView Naturally, the price surge has also impacted Ethereum’s market capitalization, which has spiked to about $230 billion. According to AssetDash data, this places ETH within the top 40 assets by market cap. Although reaching $2,000 is a significant milestone in ETH’s way up, several somewhat optimistic predictions envision even further gains, with some projecting a 10x from here to $20,000.

K-Pop Fans Are The Target Of a New Global, Well-Designed Crypto Scam

Only 5% Of Financial Executives Plan To Hold Bitcoin By...

Most financial executives still prefer staying away from bitcoin as the asset's...