Enjin Coin has joined the fight against cryptocurrency-induced pollution by announcing that its blockchain has become carbon negative. 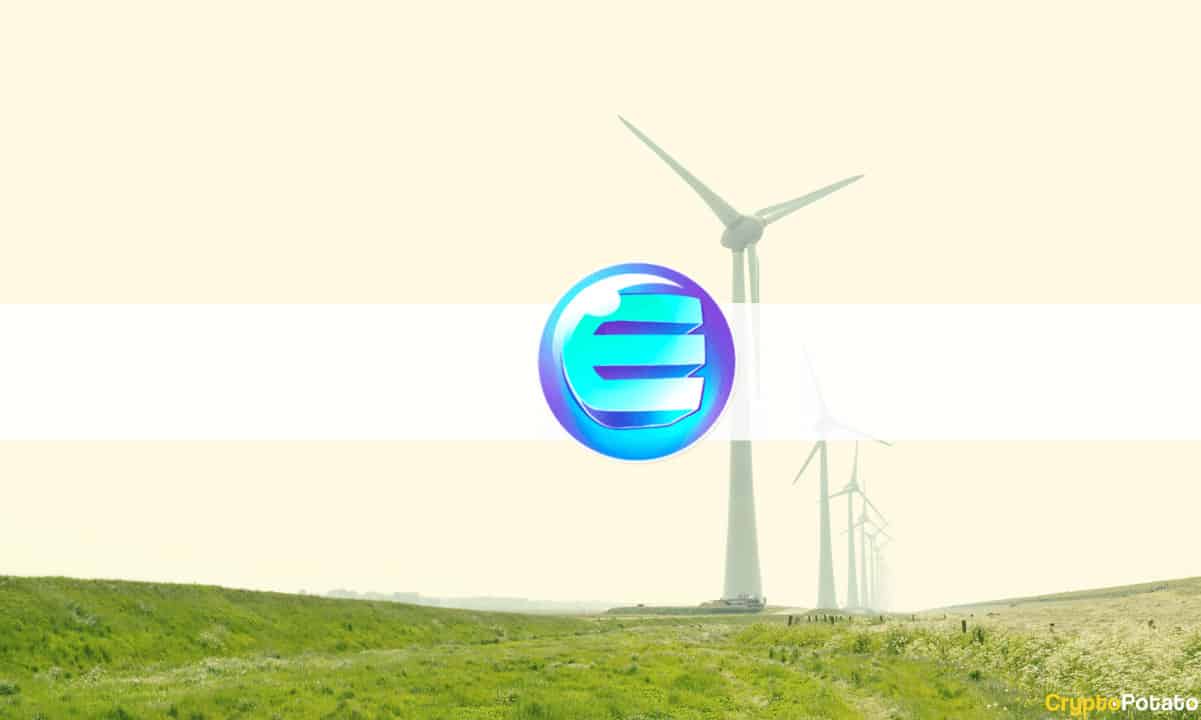 Following the recent FUD around high energy usage from cryptocurrency projects, Enjin – the NFT ecosystem provider and creator of the ERC-1155 token standard, has turned its JumpNet blockchain carbon negative. This comes after joining the Crypto Climate Accord, aiming to decarbonize the industry. Enjin Joins Crypto Climate Accord Ever since Tesla’s Elon Musk criticized bitcoin for the high energy used for mining, especially such coming from coal fuels, the entire cryptocurrency space has been focused on this concern. Apart from the emergence of new organizations aiming to transition BTC’s proof of work consensus algorithm to more clean energy sources, other projects have also informed of similar plans. Enjin, describing itself as a growing “ecosystem of blockchain software products that make it simple for anyone to develop, trade, monetize, incentivize, and market with blockchain,” is the next one, according to a press release shared with CryptoPotato. To do so, the protocol has joined the Crypto Climate Accord. Launched by Energy Web, the Alliance for Innovative Regulation, and RMI, the Accord is a private sector-led initiative aiming to make the digital asset space 100% renewable. “We are happy to see Enjin join this fast-growing community of companies that want to build solutions to decarbonize the crypto sector. The race is on for someone like Enjin to lead the way with delivering proof of green NFTs while promoting standard energy and carbon industry practices.” – commented Global Markets Lead at Energy Web, Doug Miller. JumpNet Blockchain Goes Carbon Negative The statement further outlined that Enjin’s arm JumpNet “already uses less energy than the average US household and 99.99% less electricity than Ethereum.” It has also acquired carbon offset credits through Beyond Neutral, which has allowed it to become carbon negative. In other words, JumpNet is now “offsetting a higher amount of carbon than it produces.” According to the PR, JumpNet allows developers to build a “direct response” to criticism coming from global watchdogs as they can build “eco-friendly, free solutions.” Enjin CEO, Maxim Blagov, highlighted the significance of putting Planet Earth in the first spot but also continuing to develop and innovate. He added, “carbon neutrality for JumpNet is an important step toward our vision of a sustainable NFT ecosystem for Enjin and our partners.” Going carbon neutral now means that Enjin has actually achieved this goal ahead of schedule as it had planned to do so by 2030 initially.

DotFinance Gets Listed On MXC As Team Announces New Maximizers...

SOLANAX Private Sale Is On For The Cross-Chain DEX

Ethereum (ETH) Surges to a 2-Week High as Bitcoin Surpasses...

21Shares to Launch a Solana (SOL) ETP on SIX Exchange on...

Gold-Focused Indians Turned Their Sight to Bitcoin and...

Public Mint Integrates with USDC to Offer Bridge to Ethereum

Binance announced today that it will delist all AUD, EUR, and GBP cross and isolated...

PayPal and Visa will participate in a Blockchain Capital-led strategic partnership...

Jack Dorsey’s popular mobile payments platform Square is branching out with a new...

After Bitcoin Dipped Below $30K: Is Bear Market Confirmed?...

Polygon has collaborated with Community Gaming to allow developers to take advantage...

On this episode of the Bitcoin Magazine Podcast, Christian Keroles sits down with...