Tesla's shareholders pressured Elon Musk in the decision to cut down bitcoin payments for Tesla, according to prominent investor Kevin O'Leary. 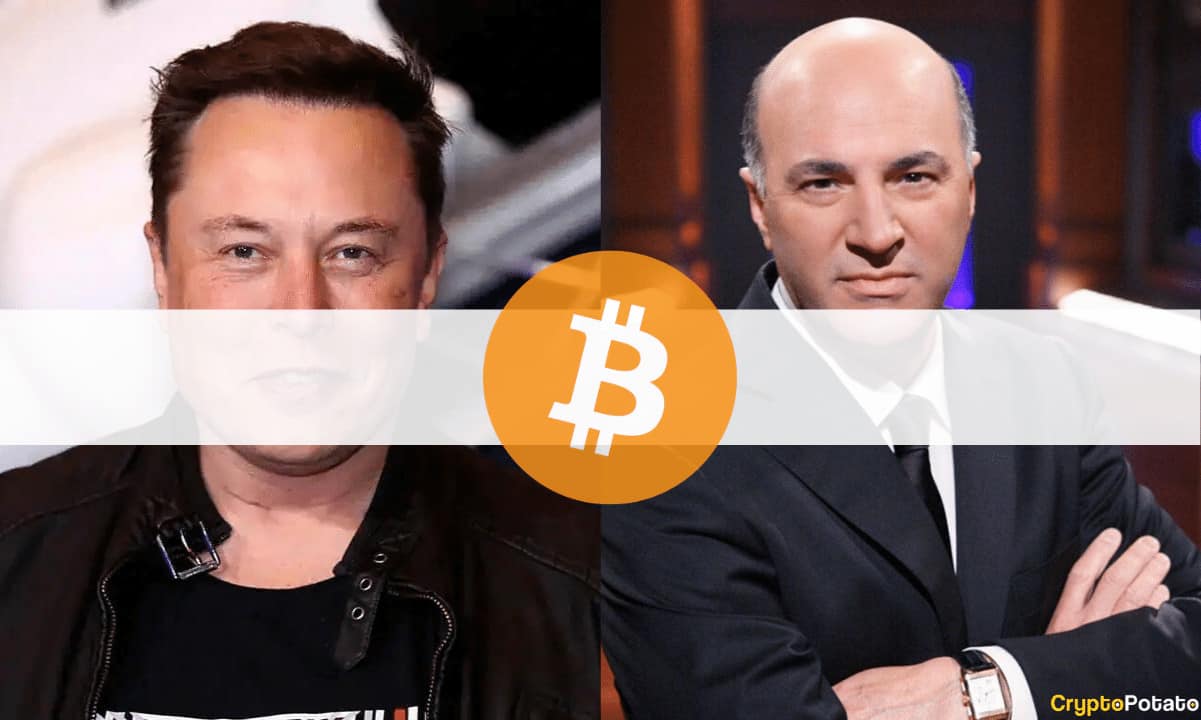 Elon Musk was pressured by Tesla’s shareholders to drop bitcoin as a payment instrument for the company’s services, believes Kevin O’Leary. The prominent investor and Shark Tank co-host further outlined BTC’s ESG concerns that have to be resolved before any other large corporation or institution enters the space. What Happened Between Tesla and Bitcoin? Tesla and its CEO rattled the crypto world last month when the EV-maker decided to disable bitcoin payments for its products just two months after first allowing them. Apart from the instant adverse effects on the crypto markets (read bitcoin’s price crashed immediately after the news), this caught the world’s attention as the topic of BTC’s energy consumption became highly discussed within and outside the community. The main issue came from Tesla’s reasoning. The company argued that it came to this decision after getting concerned about the “rapidly increasing use of fossil fuels for Bitcoin mining and transactions, especially coal, which has the worst emissions of any fuel.” Being a company striving for carbon neutrality, Tesla’s move is somewhat understandable, even when one disregards the actual energy required to develop and power the firm’s vehicles. However, Elon Musk is among the most prominent inventors and brightest entrepreneurs of our generation. As such, it would be rather frivolous to think that he and the company he runs initially enabled BTC payments (and bought $1.5B worth of the asset) before doing proper research. Numerous papers on the matter have debunked this narrative – just the opposite, they have pointed out that the majority of the required energy for BTC mining comes from renewable sources. Consequently, this raised more discussions and speculations that there might be more to the story with Tesla’s decision. Elon Musk Was Pressured by Shareholders During a recent interview with CryptoPotato, the Canadian businessman, author, and politician Kevin O’Leary broached one theory related to Tesla’s shareholders. “Elon was pressured, I believe, by the shareholders of Tesla to speak out about this because they live with sustainability committees, and they’re not on the side with Bitcoin being used as a currency to buy Tesla cars. And so they probably pressured him to make the statement he made.” O’Leary further said he understands Tesla’s decision and asserted that the company “echoed what every institution is saying – they need an answer to the sustainability issue. You can’t just burn coal to mine bitcoin. That has to stop if you want institutions.” The businessman urged those involved with BTC and mining to resolved the ESG (environmental, social, and governance) issues. These standards, despite being known for decades, became significantly more important for investors in recent years. Outside of balance sheets, potential ROIs, and other financial data, future investors examine them as they represent the underlying asset’s environmental effects, social impact, and corporate governance. The ESG criteria are typically employed in traditional finance but are relatively new to BTC, perhaps prompted by Musk. Nevertheless, institutions, which are representatives of that traditional financial world, need to see them resolved before rushing in and buying bitcoin, O’Leary asserted. Kevin O’Leary during Bitcoin 2021 Conference. Image by: CryptopotatoIt’s worth noting that O’Leary’s theory has been arguably the prevailing one. Reuters cited several Tesla investors who had the same position. “The energy waste should be avoided regardless of its color. And Tesla should focus on its core business. Drop the bitcoin position and move on.” – said APG Asset Management CIO Peter Branner. Guillaume Mascotto, head of ESG and Investment Stewardship at American Century Investment (and another Tesla investor), noted: “It would affect our ESG risk views on payment companies and other firms taking large positions in crypto, especially if it contributes to ‘engineering’ their bottom-lines like we saw with Tesla.” Maybe Political Pressure? Shortly after Tesla’s decision became known, CryptoPotato reached out to a prominent BTC supporter – Max Keiser. Interestingly, he also outlined that Musk may have seen outside pressure, but he believes it was more political. “Tesla and his [Read: Elon Musk] whole business enterprise, is highly contingent on both American and Chinese government subsidies – which started off as free money. However, now, he is paying the price with this very public nervous breakdown as the governments of both countries call in favors.”

US Bank State Street to Set Up a Digital Unit Focused on...

Three tons of BTC mining rigs are about to be relocated from Guangzhou to Maryland...

Google Searches for El Salvador to a New Yearly High After...

During the week that El Salvador made bitcoin a legal tender, the worldwide Google...