The governance token of DeFi Money Market, DMG, has tanked by as much as 90% after the protocol announced an immediate cease of operations. 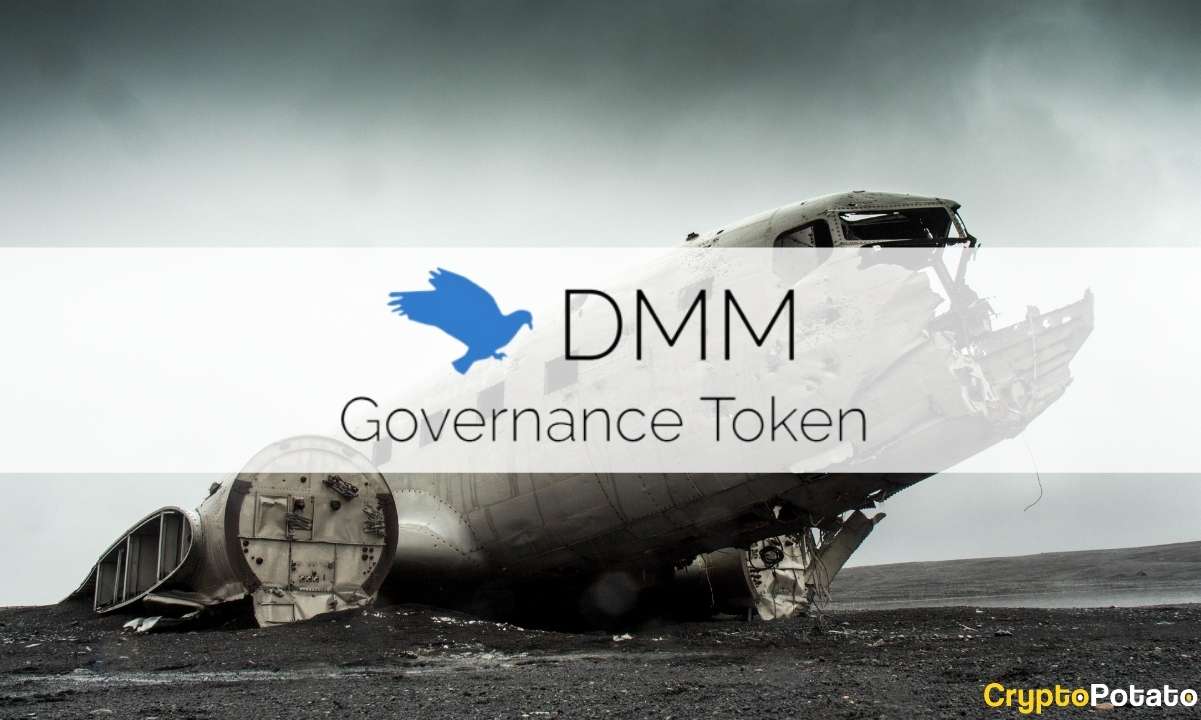 In an unfortunate turn of events for supporters of the DeFi Money Market Foundation, the DMM token plummeted in value as the team behind it revealed they cease all operations due to regulatory concerns. DMM Ceases Operations The DeFi Money Market used to be a loans platform and it received some serious attention within the cryptocurrency community. One of the reasons â€“ it was a hot DeFi project backed by some serious names, including Draper Goren Holm â€“ a partnership between Tim Draper, Alon Goren, and Josef Holm focused on investing in blockchain solutions. Unfortunately, supporters of the project received the bad news today as the team behind DMM announced an immediate halt of operations. As a result of regulatory inquiries, DMM is shutting down. Effective immediately, mToken minting is no longer available. mToken redemption will remain available indefinitely, though the interest rate on mTokens will drop to 0% on or about February 10th, 2021. Capital and interest are currently available to fund redemption of all outstanding mTokens plus accrued interest. â€“ Reads the official website. Nevertheless, the community is taken ablaze as many have lost massive chunks of value because of what happened to the price of the protocolâ€™s governance token â€“ DMG. DMG Price Tanks 90% The price for DMMâ€™s governance token, DMG, crashed 90% in less than 60 minutes. It went from above $0.5 to around $0.05. The markets are still open so thereâ€™s a slight recovery but it definitely doesnâ€™t look good for people who failed to dispose of their tokens in time. Commenting on the matter was popular swing and scalp trader Devchart.Â  This is the true definition of messed up. They literally pumped it. pushing a lot of people to jump on trades, and then dumped and then announced that they were going out of business.https://t.co/hGXsQAsT9O â€” Devchart

The Person Who Took The Worldâ€™s Most Expensive NFT From...

Bears poked their faces. Around $2.2 billion worth of long positions were liquidated...

After calling bitcoin a "bubble" earlier this year, the renowned gold bug has had...

Bitcoin takes another step upwards by overcoming $56,000, Ethereum has reclaimed...

Dapper Labs, the maker of NBA Top Shot, has closed an investment from NBA and entertainment...

Binance CEO: Ethereum is For The Rich Guys, But Soon Theyâ€™ll...

Due to the high fees, Ethereum has become a blockchain for the rich guys, according...