Kevin O'Leary, also known as Mr. Wonderful, has joined the BTC bandwagon with a 3% allocation and plans to invest in miners using clean energy. 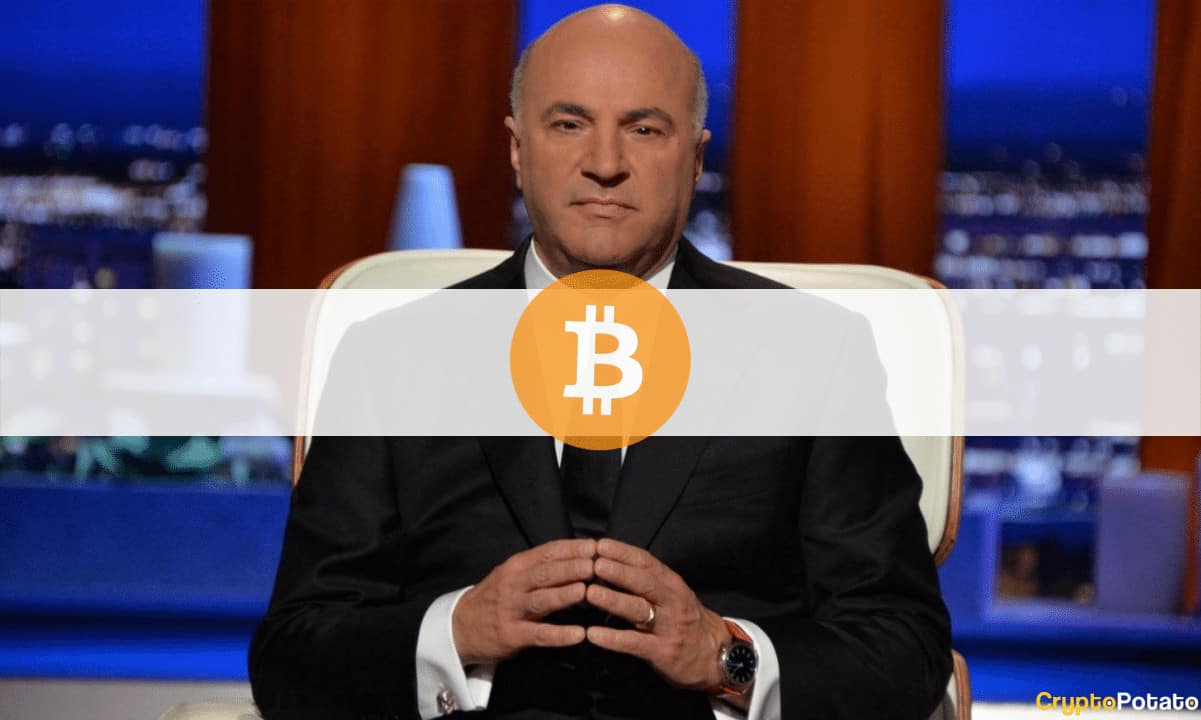 The growing in popularity “I changed my mind on bitcoin” club has another prominent representative. The Canadian businessman and star of Shark Tank, Kevin O’Leary, went from calling BTC garbage to allocating 3% of his portfolio in the asset. O’Leary Has Bought Bitcoin Born in Montreal, Canada, O’Leary is a popular businessman, author and is perhaps best known for his role in the reality TV show – Shark Tank. Also referred to as Mr. Wonderful, O’Leary recently announced his entrance into the bitcoin ecosystem. Is #bitcoin a currency? Property? An asset? Maybe all of the above, I’m going with a 3% portfolio allocation and am looking at investing in miners that can create coin under a mandate of 0 carbon so sustainably! https://t.co/qgAXZVZXzh — Kevin O’Leary aka Mr. Wonderful (@kevinolearytv) March 1, 2021 Apart from allocating 3% of his portfolio in the primary cryptocurrency, the businessman also pledged to invest in BTC miners using clean energy to avoid “blood coins.” Furthermore, O’Leary said that all companies he had invested in are currently examining the possibility of putting bitcoin on their balance sheets. He attributed this to “changes in the regulatory environment,” but he failed to provide details regarding their precise nature. Another Change of Heart Moment Prior to his 3% BTC allocation, O’Leary rarely had anything positive to say about the cryptocurrency. Just the opposite, he was openly bashing it. Back in 2019 he O’Leary was predominantly negative on this “digital game” called bitcoin, which was “worthless” to him. He went even further by naming it a “useless currency” and “garbage because you can’t get in and out of it in large amounts.” “Let’s say you want to buy a piece of real estate for $10 million in Switzerland. They want a guarantee that the value comes back to the US currency. You have to somehow hedge the risk of bitcoin. That means it’s not a real currency. That means the receiver is not willing to take the risk of the volatility it has. It’s worthless.” Fast-forward to February 2021, he was still neglectful of BTC’s potential. O’Leary said he’s not against it and actually respected the asset but dismissed any chances of putting a lot of capital in it. “No, I don’t want to own something that goes up and down 30% in a day or a week.” – O’Leary noted and added that bitcoin is “not backed by anything. It’s just backed by your faith.” However, it seems now that this “worthless, not backed by anything digital game” has earned at least 3% of his investment portfolio. With this change of heart, O’Leary has joined a prominent club with several similar examples. Names such as MicroStrategy’s Michael Saylor, CNBC’s Jim Cramer, and the former Fed Governor – Kevin Warsh. Featured Image Courtesy of INC

Americans Can Now Buy Dogecoin from 1,800 Crypto ATMs Across the Country

The demand from institutional investors for bitcoin continues to expand, while BTC...

Did the late-December 2020 Twitter conversation between Michael Saylor and Elon...

PayPal is reportedly opening up its network of millions of merchants to cryptocurrency...