May the 4th be with NFTs as Star Wars fans will be able to purchase non-fungible tokens from a digital collection with over 800 pieces. 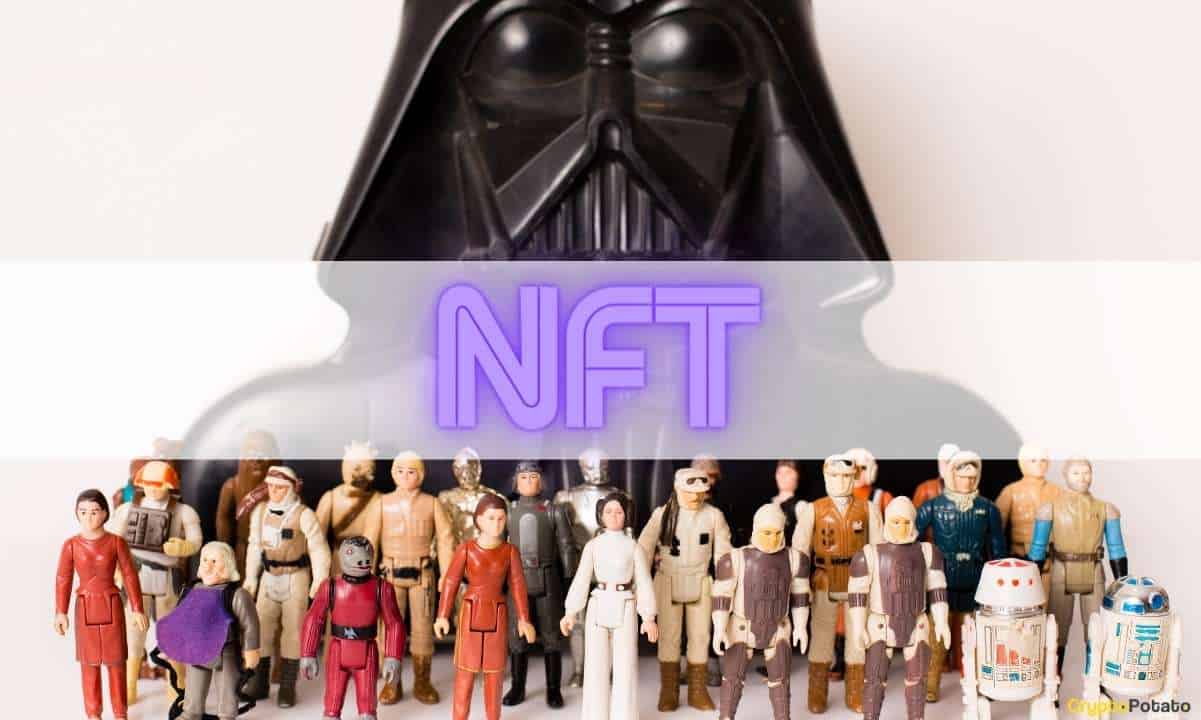 The mania of non-fungible tokens has intertwined with another massively popular trend for the past nearly half a century – Star Wars. Fans of the iconic space franchise will be able to interact with over 800 collectibles built as NFTs called StarColls. May The Force Be With NFTs QANPlatform – a hybrid DLT platform enabling the development of dApps, DeFi projects, and NFTs – announced plans to connect the world of non-fungible tokens and the Star Wars universe. In a press release shared with CryptoPotato, the project outlined a “new era for Star Wars memorabilia collecting begins when two forces like Star Wars collectibles and blockchain technology merge.” According to the statement, every digital product will be backed by a physical item from one of the largest private physical Star Wars collections. Upon purchasing the Star Wars NFT, the buyer’s name and data will appear at the traveling exhibition of StarColl next to it, where NFT owners “have free lifetime access to the global traveling exhibition.” Johann Polecsak, QANplatform’s CTO, touched upon NFT security when commenting on the launch. He believes the topic is wildly neglected, despite some non-fungible tokens being sold for millions of dollars. As such, the StarColl collection will be “secured by the Quantum resistant QAN blockchain, where metadata and ownership information is stored.” Somewhat expectedly, early registration for the Star Wars NFTs starts today – May the 4th. Those familiar with the franchise know the significance of this date, as it became the “informal commemorative day” celebrating George Lucas’ immortal invention. The Growth of the NFT Sector Non-fungible tokens have expanded well beyond the cryptocurrency community. Celebrities from various industries have employed blockchain technology to interact with fans through unique digital products. Before Star Wars, NFTs reached another legendary TV screen and comic book franchise – Batman. DC Comics, the giant behind the iconic superhero, partnered with Veve to produce digital Batman statues with a black and white color scheme. Multiple musicians also took advantage of the ongoing craze, including the hip hop mogul – Eminem. The so-called Slim Shady announced a collection of his own recently, which includes a “limited edition and one-of-a-kind NFTs” coming after a partnership with Nifty Gateway.

VanEck Files For an Ethereum ETF With The SEC

Metis Closes $4 Million Investment Round to Fund Its Layer...

Ethereum’s stellar performance over the past couple of weeks has enabled it to close...

Cardano has partnered up with the Ministry of Education of Ethiopia to work on a...

End of Era? Binance Will Cease Support For OMNI

The world's leading exchange will halt its support for the Omni Network starting...