BTC Has a 10x Potential, Says The Motley Fool and Plans to Buy Bitcoin Worth $5M

The financial advisory giant Motley Fool plans to purchase $5M worth BTC, believing it has a 10x potential. 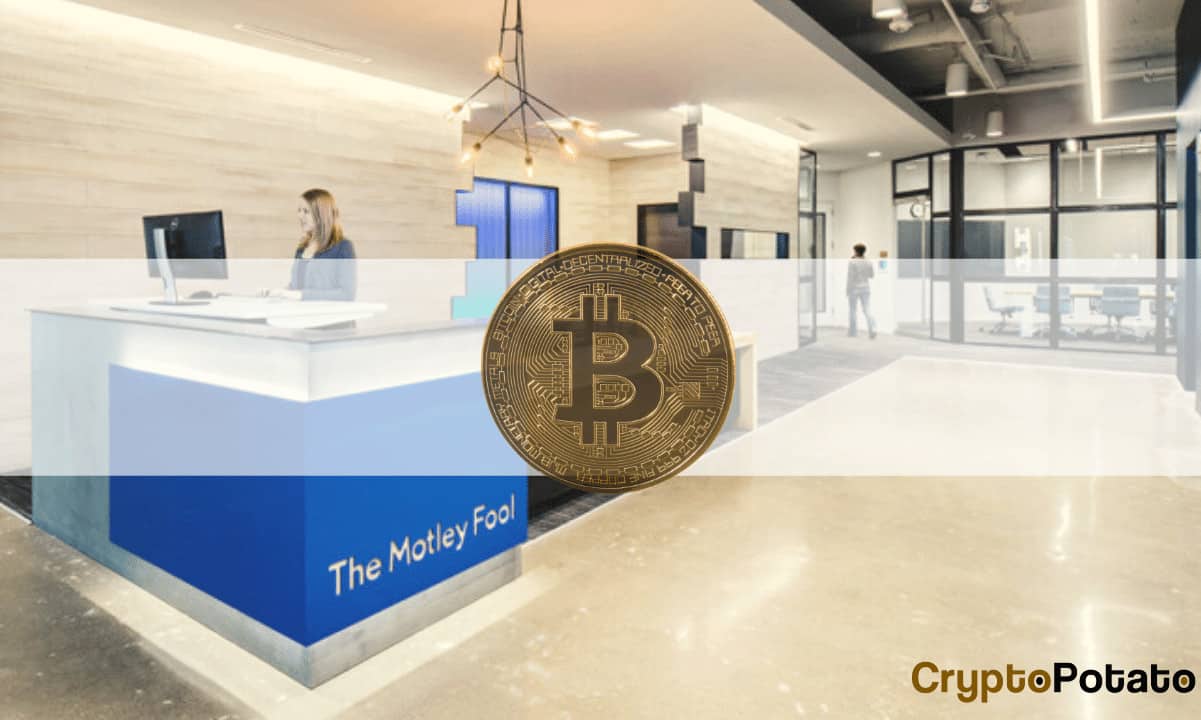 The private financial and investing advice company The Motley Fool has announced plans to allocate $5 million in Bitcoin. The Motley Fool Joins The BTC Party The Virginia, US-based company announced its intention to buy BTC in its Twitter account earlier. It reads that “we are buying $5 million in Bitcoin on our own balance sheet.” The Motley Fool also provided several reasons behind its decision. The firm believes that the cryptocurrency will “store value more effectively than gold over the long term,” it could become a legitimate medium for transactions if its price stabilizes soon, and BTC “can act as a productive hedge against inflation.” The investing advice company claimed that BTC will play a vital role in its diversified portfolio “built with a focus on the long term.” The Bitcoin purchase will go through the company’s 10x real-money portfolio as one of the 40 assets that could provide a 1,000% return over the next 10 to 15 years. “While Bitcoin may very well continue to be volatile in the short term, we think it has 10x potential from today’s levels over the long term as part of a diversified portfolio. We plan to hold this Bitcoin investment for many years.” Should the company’s prediction materializes and BTC increases by ten-fold to $500,000 per coin, its market capitalization will be north of $9 trillion – or just shy of the estimated gold market cap. The Motley Fool’s Turnaround Bitcoin is no stranger to changing people’s (or companies’) minds, especially during the latest bull run, and it seems that The Motley Fool is the latest example. Prior to its plans to buy BTC, the financial advisory giant has been openly negative on the primary cryptocurrency in the past. One of the first attacks was in 2013, after the asset had surged by more than 1,200% in less than five months to $240. However, the company blasted BTC’s overall performance, neglected its potential increases, and called it a “horrible investment.” Nevertheless, this “horrible investment” had to skyrocket by over 20,000% in the next eight years to garner The Motley Fool’s attention.

Will the social media giant Twitter be the next in line to put BTC into its balance...

2020 has been a year unlike any, even before the coronavirus pandemic, the global...