The number of accounts holding more than a thousand Bitcoins has increased by a significant amount since the beginning of the year. 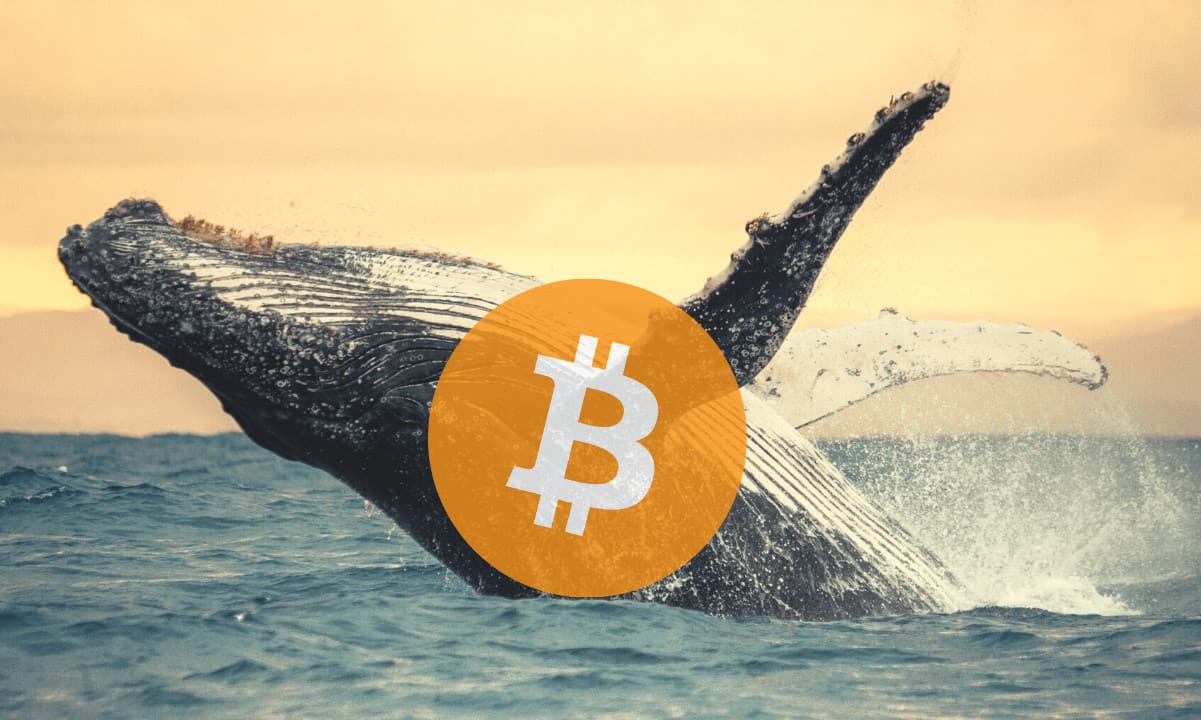 New statistics from analytics provider Glassnode suggests that the number of Bitcoin whales has increased by more than 200 since the start of 2021. It classifies a ‘whale’ as an account that is holding over a thousand coins which at current prices would be valued at over $37 million. The number of #Bitcoin whales (entities holding ≥ 1k $BTC) has seen an astounding increase. Since the beginning of the year, more than 200 new whale entities have appeared in the network –– data supporting the case that institutions are arriving. Chart: https://t.co/UyP0uwZW5V pic.twitter.com/ymaM2J8ksS — glassnode (@glassnode) February 4, 2021 Institution Accounts? The on-chain data provider suggested that these could be intuitional accounts, adding “data supporting the case that institutions are arriving.” In December, Glassnode reported that 78% of the circulating Bitcoin supply is illiquid and therefore hardly accessible for buying; “This points to a bullish investor sentiment as large amounts of $BTC are being hoarded – which reduces sell pressure.” Since the rally began, Bitcoin corrected by 31% but it has since recovered back to $37,000, just 13.5% short of its all-time high. Glassnode also reported that activity on fiat-on-ramp exchanges such as Coinbase has been an order of magnitude higher than those of crypto dominant exchanges like Binance over the last couple of weeks. This could be indicative of new money flowing in. #Bitcoin withdrawals from Fiat-on-ramp exchanges (ie. coinbase etc) have been an order of magnitude higher than those of crypto dominant exchanges (ie. binance etc) throughout the last couple of weeks. New money is flowing in at a fast pace. pic.twitter.com/BkziNxP5T0 — Yann & Jan (@__Double_U__) February 3, 2021 Major institutional funds such as Grayscale have been buying the dip and their latest assets under management figure has hit an all-time high topping $30 billion. Around 80% of this is in the Bitcoin Trust while the Ethereum trust has just over 16%, a figure that has increased recently. MicroStrategy CEO Michael Saylor recently hosted a Bitcoin for Corporations conference stating that there has been an overwhelming response; “Response has been overwhelming, all sessions are live, and we will be covering material never before presented online. “Stuff I wish someone had told me a year ago.”” Bitcoin Price Outlook At the time of press, Bitcoin was trading at $37,200, down 2% over the past 24 hours after tapping $38k. However, it has gained 27.5% since its correction bottom, a touch below $29,000 on January 22. The next level of resistance to overcome is around the $39,200 level and from there it could push back above $40k quite quickly. On the downside, there is support at $35,500 with lower levels at just over $32k. Analyst Josh Rager took a glance at the two-day chart adding that it “looks good”; $BTC How do you like the 2Day Bitcoin chart? Looks good to me pic.twitter.com/2T36AMv5nP — Josh Rager

XRP Price Soars to $1 In Anticipation of Today’s Ripple-SEC...

Coinbase Nasdaq Listing on April 14th: What You Need to...

The direct listing of Coinbase shares on Nasdaq is scheduled for April 14th. Here's...

LBRY Inc, a blockchainn-base file-sharing platform, was charged by the SEC for conducting...

Bitcoin’s Market Cap Below $1 Trillion Resulting in Over...

Double-digit price drops for numerous altcoins. Ethereum has slipped below $1,600,...