Bitcoin shows no signs of slowing down and it's bringing the entire market with it. BTC just painted a fresh all-time high and has its sight set on $30K. 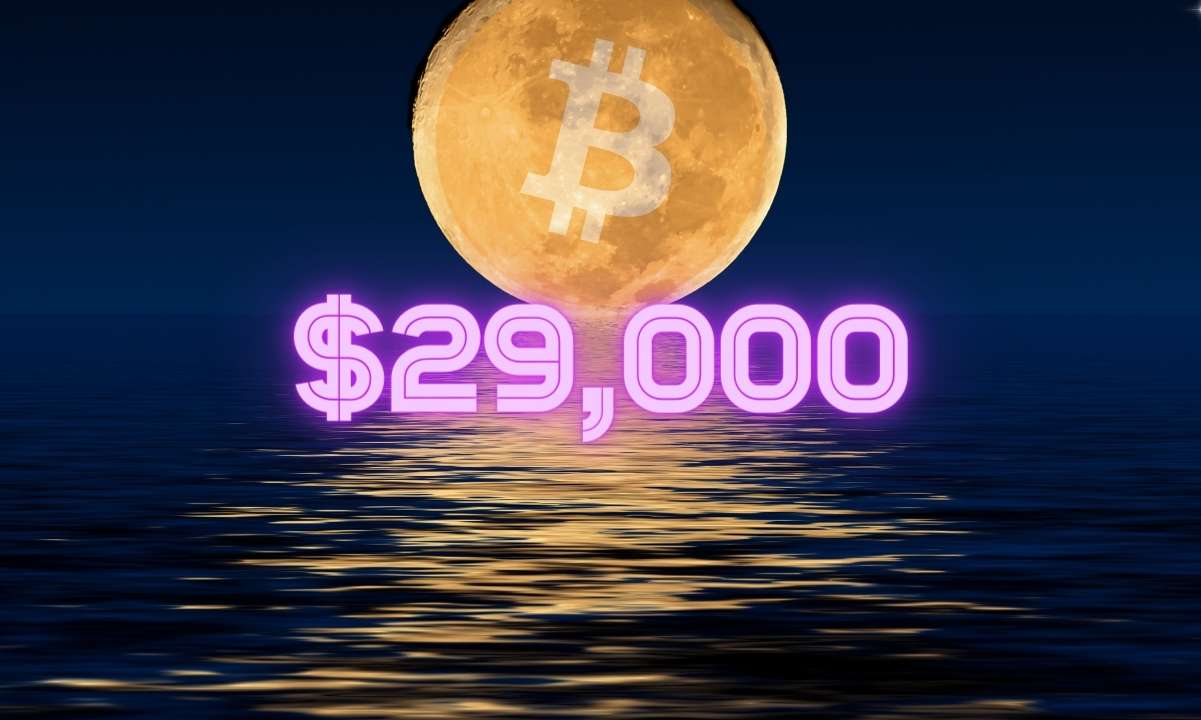 The cryptocurrency market shows no signs of slowing down today. The total capitalization has added almost $4 billion in the past 24 hours, surging to levels not seen since January 2018. At the time of this writing, the total market cap sits just shy of $760 billion, according to CoinMarketCap. Bitcoin price continues to paint fresh all-time highs on a daily basis. Earlier today, CryptoPotato reported that the cryptocurrency has managed to break out once again and chart a new high at $28,600. However, it appears that there’s undoubtedly room for more. In the past few hours, BTC has gone on yet another leg up, painting a fresh all-time high surpassing $29K – the current ATH is set to $29,010 on Bitstamp. BTC/USD, source: TradingView With this, the cryptocurrency has also managed to gain about $3,000 since yesterday’s lows – below $26,000 and completes almost 50% ROI in just two weeks since breaking the previous ATH recorded in December 2017 ($19,660). It’s also interesting to note that the second-biggest cryptocurrency by market cap, Ethereum, is also on the move. Earlier today, we reported that it’s likely that ETH’s sideways movement from the past couple of days might end up with a wild move and it appears that one is already in the making. ETH’s price reached $758 on Binance – a level that we haven’t seen since May 2018. The world’s second-largest cryptocurrency is now sitting on a market cap of around $85 billion.

Binance US To Delist Ripple Following The SEC Lawsuit: XRP Plunges Below $0.2

Tips for Keeping Your Finances Intact During COVID-19

Bitcoin doesn't stop. The cryptocurrency has managed to hit the massive milestone...

Chainlink saw a healthy 10.3% price hike today as it finally climbs beyond the December...

The past seven days were particularly tumultuous for the cryptocurrency market....

2020 continues with positive price developments for bitcoin as the cryptocurrency...

Bitcoin and cryptocurrency have long been considered as volatile assets. Especially...

Non-U.S. clients can still trade the token but need to pre-fund all short trades,...

Tosdis is Introducing Decentralized Finance as a Service

The year 2020 might seem a little odd, and the big events certainly led to a lot...

Bitcoin's market capitalization continues to expand to above $700 billion and has...

XRP continues its recovery with a solid 47% price explosion today. It also rebounded...