While most BTC bashers claim that the cryptocurrency is not used for transitions, a UK jet charter company noted that 19% of its yearly revenues were paid in bitcoin. 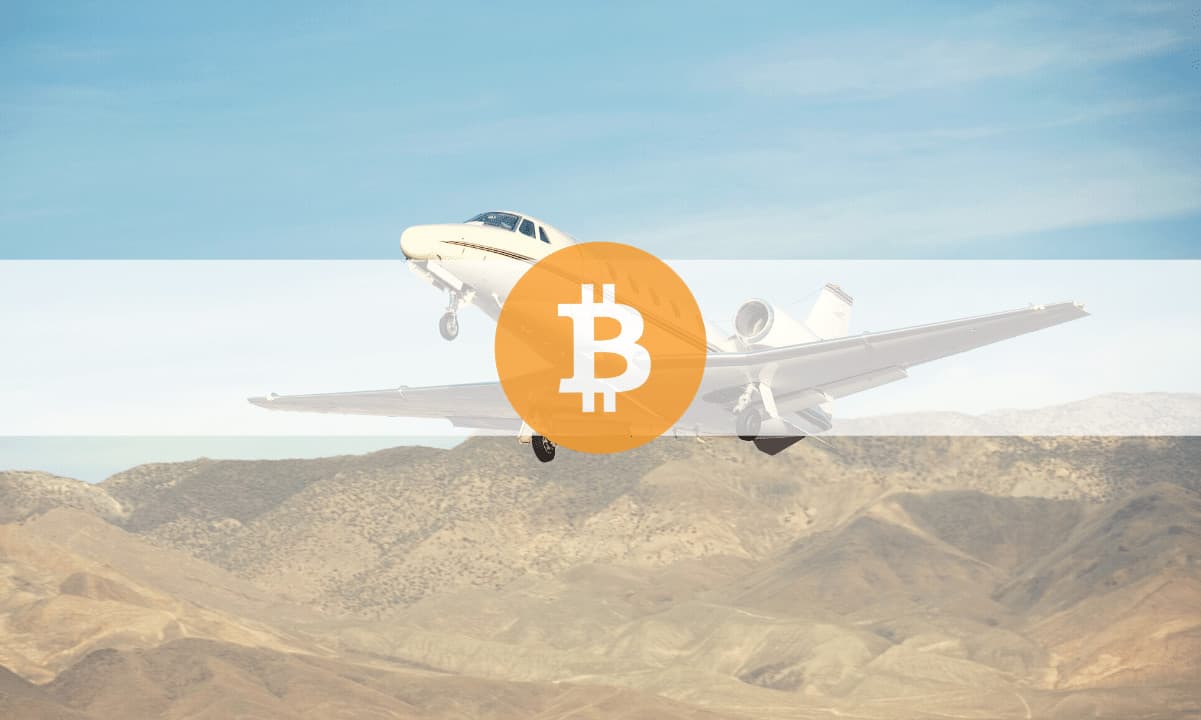 The narrative that bitcoin is rarely used for payment transactions has been debunked by several fields in the span of a week. Apart from Swiss residents being able to pay their canton taxes in BTC or Portuguese citizens paying their electricity bills, a UK-headquartered private jet charter company said that nearly 20% of its yearly revenue came in the form of the primary cryptocurrency. PrivateFly Gets 19% Of Revenue In BTC Founded in 2005, PrivateFly is a global private jet charter company that is also a member of several aviation industry bodies such as BACA, ACANA, and EBAA. Although the firm was negatively affected by the COVID-19 developments, it revealed something rather compelling in its yearly revenue report. Cited by SimpleFlying, the information from PrivateFly indicates that almost 20% of the yearly revenue from travelers came in the form of bitcoin payments. A more in-depth look showed that 13% of all transactions in January 2021 were covered in BTC, while the percentage was slightly less (12%) in December 2020. This is a substantial increase from previous results, as the company had months with less than 2% of payments in bitcoin. PrivateFly CEO Adam Twidell believes that the increase came from investors realizing gains from BTC’s exploding price in recent months. However, he noted that most still predict even further price increases, so they prefer to keep their holdings instead of actually spending them. PrivateFly started accepting BTC payments in 2013 when a tech entrepreneur flew from Brussel to Nice and made the first transaction with the cryptocurrency. The firm has established a new membership program enabling travelers to place BTC in an account that will be charged using the value of the asset at the time of booking. Bitcoin Usage In Switzerland And Portugal Aside from being used for travel payments, bitcoin saw adoption for more day-to-day purposes in two European countries this week. Firstly, the Swiss canton of Zug said that local residents could start paying their cantonal taxes using the two largest-cryptocurrencies, namely BTC and ETH. This milestone became possible after a partnership with the Swiss crypto broker – Bitcoin Suisse. Separately, a Portugal-based electricity retailer called Luzboa announced that it’s looking into the necessary technological adaptation procedures to support bitcoin payments as soon as possible. The provider serves about 5,000 domestic, corporate, and institutional customers.

Bitcoin Sounds Like a Cult Supported by Magical Thinking,...

The Bitcoin community is so effusive that is members are starting to sound like...

A 19-year old from Nuneaton, UK, will spend two years in prison for importing ecstasy...

The Ethereum, one of the leading altcoins, is growing at a good pace. On Friday,...