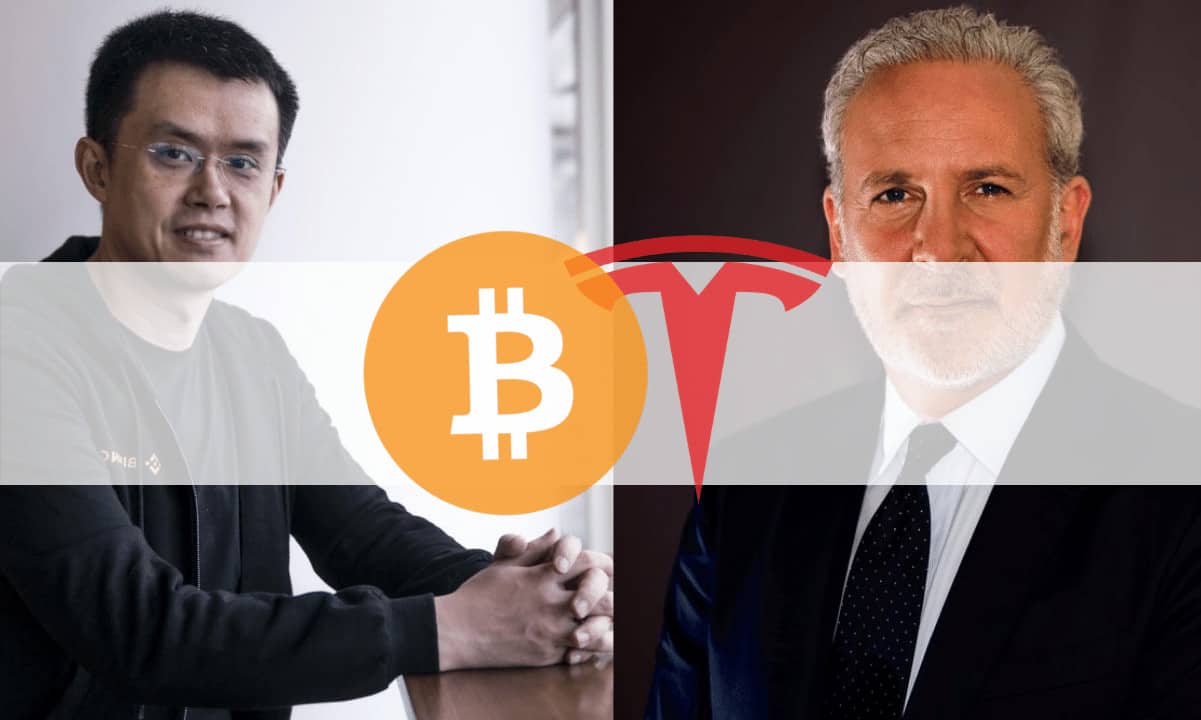 While the $1.5 billion bitcoin purchase from Tesla caught most crypto insiders and outsiders by surprise, Binance CEO Changpeng Zhao actually predicted the move over a month ago. Simultaneously, full-time BTC basher Peter Schiff was wrong (again) as he said that Elon Musk would not be “dumb enough” for such a move. CZ Was Wright About Tesla’s BTC Purchase Arguably the biggest news in the crypto industry this week came from the Palo Alto, California-headquartered electric vehicle and clean energy giant, Tesla. Elon Musk’s company attempting to revolutionize the motoring industry had purchased $1.5 billion worth of bitcoin in January 2021. This came after years of somewhat controversial engagement by the world’s richest man as he previously doubted BTC’s potential role in the monetary system. However, he recently changed his tune, regretted not purchasing any years ago, and said that the first-ever cryptocurrency “is a good thing.” Being one of the most influential companies, Tesla’s entrance caused an immediate chain reaction as all eyes went on bitcoin. Although many were surprised with this massive news, Binance CEO CZ called it correctly back in late December 2020 – even before Musk’s positive comments on the cryptocurrency. Telsa / @elonmusk will buy crypto. Just a matter of time. This is one of the few prediction I am happy to put my name on. The real question is: do you want to be before or after them? — CZ

Bitcoin is Too Volatile, Impractical, and Fails as a Store...

2020 has been a defining year for Bitcoin, with the world reeling from a global...

The recent purchase follows Riot's plans to expand its mining capacity by mid-2021.