BNB is up by a total of 23% this week as it sets new ATHs around $680. It is also outperforming bitcoin after it reached the current price of 0.0116 BTC. 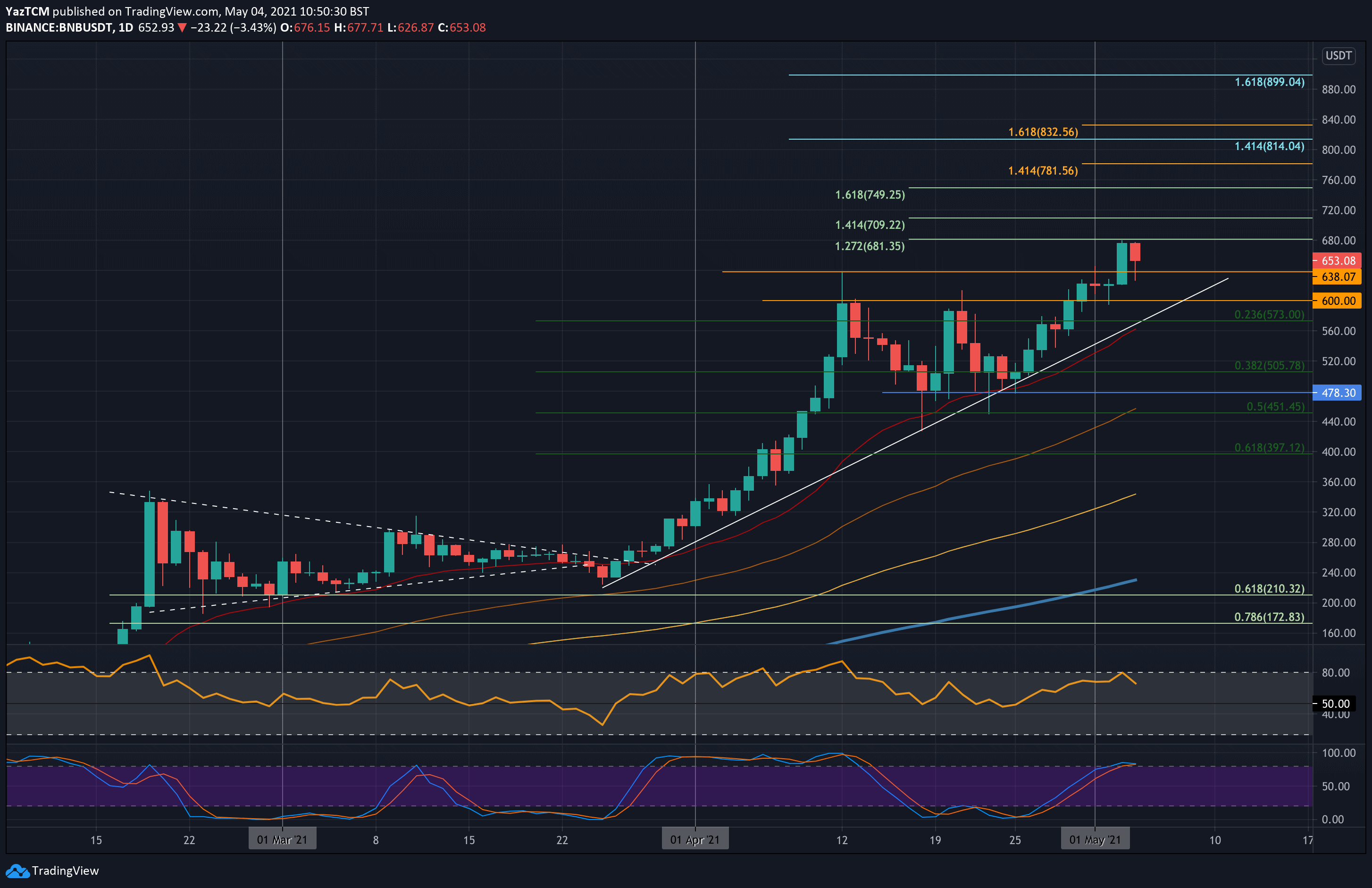 Over $375 Million ETH Shorts Liquidated in a Day as Ethereum Tapped $3,450

6 Upcoming Initial DEX Offerings (IDOs) to Watch in May...

Bitcoin Can Be a ‘Highly Speculative’ Instrument According...

Despite trading relatively flat over the past 24 hours, XRP has found solid support...

14% of Americans Own Crypto, Bitcoin Remains Most Popular:...

Although BTC remains the most popular crypto asset for Americans, the majority own...

MoneyGram to Enable Users to Buy Bitcoin and Withdraw it...

Bittrex Global to be First Exchange to Integrate DigitalBits...

ORBS Is Now Accessible on Binance Smart Chain Via AnySwap

[PRESS RELEASE – Please Read Disclaimer] The ORBS token is now accessible via the...

Cardano has partnered up with the Ministry of Education of Ethiopia to work on a...

After calling bitcoin a scarce, speculative store of value, the SEC's Chair urged...