Aave Price Analysis: Following 50% Daily Surge, What Are the Next Targets for AAVE?

Aave saw a strong 50% price surge today as the cryptocurrency managed to reach the $496 resistance. Against Bitcoin, it pushed past 0.01 BTC today. 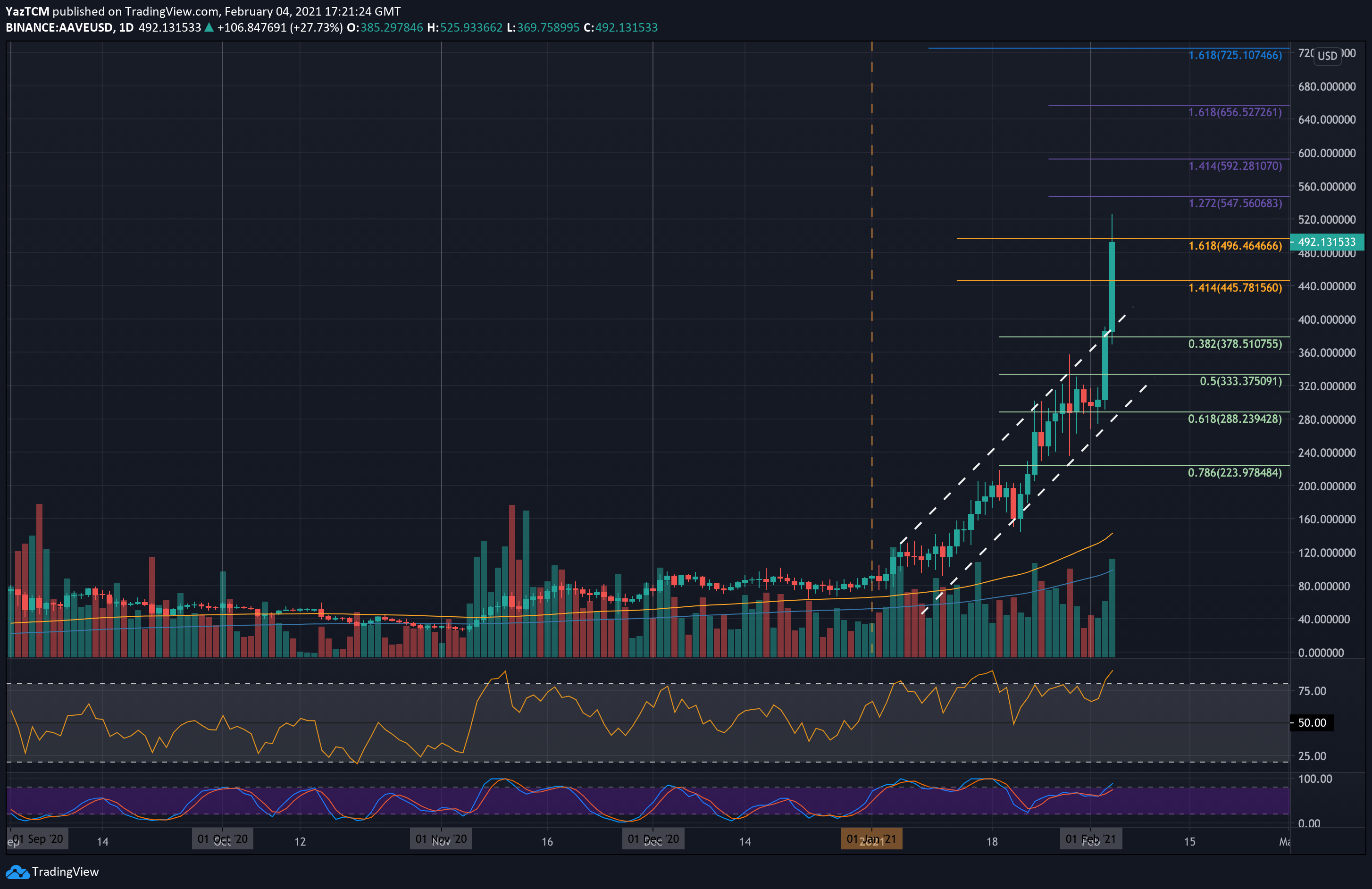 Users Can Now Book Flights With Dogecoin (DOGE) on AirBaltic

Tezos (XTZ) Price up 25% in a Week Following Tenderbake...

Tezos (XTZ) is up by a formidable 25% in the past week. The gains come alongside...

The past few hours saw Bitcoin dipping below $44,000 in what seems like a healthy...

Those who held their UNI tokens received through an airdrop back in 2020 are now...

Jay-Z and TwitterŌĆÖs Jack Dorsey Set Up 500 BTC Trust for...