Bitcoin is down 50% from its ATH, but the ultra rich don't care. They want to invest in what they believe could be the next big thing since the internet 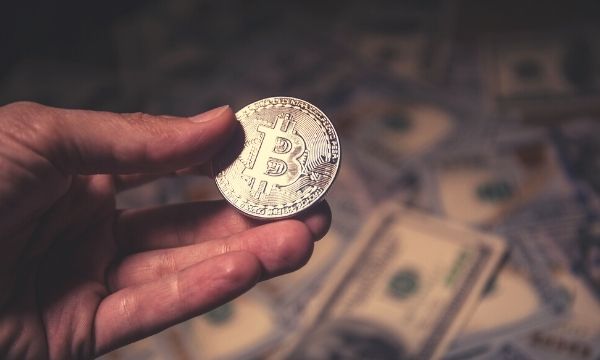 While the world worries about the fall of Bitcoin prices, billionaires are increasingly enamored with the cryptocurrency. A recent Goldman Sachs study revealed that at least 45% of family offices are interested in investing large amounts of money in cryptocurrencies. Family offices are firms in charge of managing the money of billionaires such as Amazon’s Jeff Bezos, Google co-founder Sergey Brin or Alibaba’s Jack Ma. Generally, each office manages the wealth of a family. Family offices usually tend to put their clients’ money in profitable but traditional investments such as private equity, real estate, or investment funds. Still, according to Goldman Sachs, the growth of cryptocurrencies has begun to attract the attention of an increasing number of billionaires. Family Offices Are Looking at Crypto Specifically, Goldman Sachs found that 15% of family offices have already invested some of their clients’ wealth in cryptocurrencies. But an additional 45% is looking at the space to invest in the near future, considering the difficult circumstances the global financial system is going through. The report obtained by Bloomberg points out that despite their volatility, cryptocurrencies are establishing themselves as an attractive investment among the ultra-rich: “[Family offices think cryptocurrencies could be a hedge for] higher inflation, prolonged low rates, and other macroeconomic developments following a year of unprecedented global monetary and fiscal stimulus.” Apparently, the increasing popularity of SPACs – special purpose acquisition companies – has fueled the appetite of investors. Crypto is The New Internet According to Meena Flynn, Partner & Global Co-Head of Private Wealth Management at Goldman Sachs, the ultra-wealthy are interested in investing in cryptocurrencies, not just because of hype but also because of the potential impact of this technology future. It seems that the premise that cryptocurrencies could be as important as the appearance of the internet is not just for Bitcoin maxis and Twitter enthusiasts: [The majority of families want to talk to us] “about blockchain and digital ledger technology … [There are many who think] that this technology is going to be as impactful as the internet has been from an efficiency and productivity perspective. Cryptocurrencies have recently gained immense legitimacy. As Cryptopotato reported, most of JPMorgan’s clients stated that they viewed bitcoin as an asset class and were interested in investing in cryptocurrencies as the regulatory uncertainty around bitcoin becomes clearer. However, its price volatility has prevented the bank from investing in bitcoin or taking it more seriously despite its optimistic price predictions.

JPMorgan Exec: Demand for Bitcoin is High, Most Clients See it as an Asset Class

Change of Heart? Bank of America Has Reportedly Set Up...

Bank of America is the latest US banking behemoth to outline plans to enter the...

Crypto Exchanges Have to Register with South Korea Regulator...

DeStation to Launch its “Internet of NFTs” Smart Collectibles...

The Federal Reserve Chairman, Jerome Powell, said that they will issue a report...

Bitcoin markets have been trending downwards since the middle of April but one analyst...

Bitcoin After another volatile week, Bitcoin is currently down 2% on the weekly....

The new indexes broadly measure the performance of the cryptocurrency market at...

A software developer recently found a bug in the Decoy algorithm of XMR, with some...